Kids need to practice mental computation so that they can deal with numbers in a variety of situations and handle them quickly and efficiently. Mental strategies are reviewed to decompose numbers, make easier numbers, substitution, and to compensate. Use these workbooks for fast finishers, homework, or daily math practice in the classroom. Kids will love working on the challenging puzzles and graphics presented in these pages. 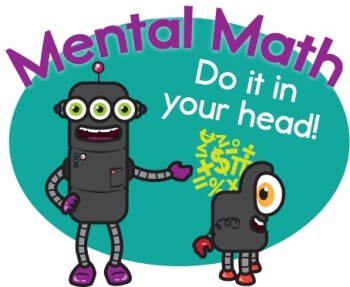 Give students a fun way to practice mental math skills, improve their math fluency, and motivate kids to have fun with these engaging workbooks.
Math strategies, such as the use of rounding, breaking up, and doubles, will help kids solve addition, subtraction, multiplication, and division problems faster than ever.
A new workbook with additional mental math problems is created each time. 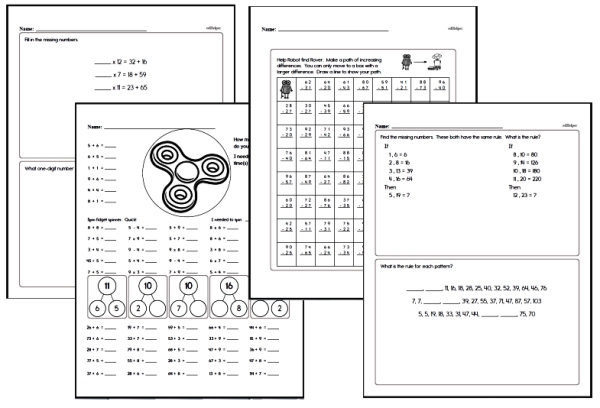 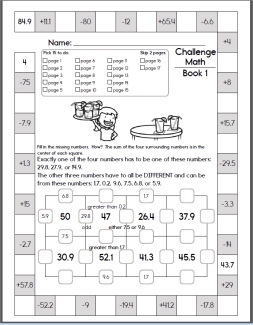 
Mental math is simply a different way of saying figuring math in your head. Most kids can certainly figure math in their heads, right? But with calculators, cell phones, computers, and other technology readily available, it puts those devices in the driver's seat and the thinking process in the back seat.

Mental math is an everyday occurrence that will be used over a lifetime. We add prices in our heads at the convenience store to make sure we have enough money in our pockets to pay for snacks. After being on the exercise bike for thirteen minutes, we mentally determine how many more minutes we'll be exercising to reach a total of thirty-five minutes. Elementary students need practice early on to master this tool, or doing these ordinary activities can be problematic.

As soon as students have a grasp of basic numbers and operations, they are ready for mental math. This is not to say that memorization is unimportant, but it involves a step-by-step process that does not necessarily promote number awareness like mental math does. When memorization and mental math are partnered, students are more likely to realize how close they are to correct answers rather than taking erroneous stabs at answers that don't make sense. Using examples from real life will make the mastery of mental math that much more appealing. When students find success, their confidence and excitement grow.

Mental math will help all students understand numbers more logically, estimate more quickly, and those who already have a command will experience more growth. Mental math will give them the competitive edge throughout school and beyond. Students will be thankful for mental math ability when they can efficiently estimate a 20% tip or know how much money they will save at 30% off without having to consult a calculator. 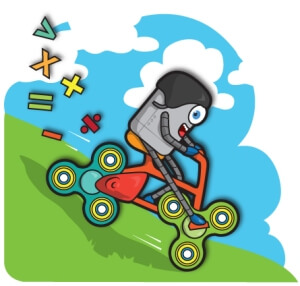